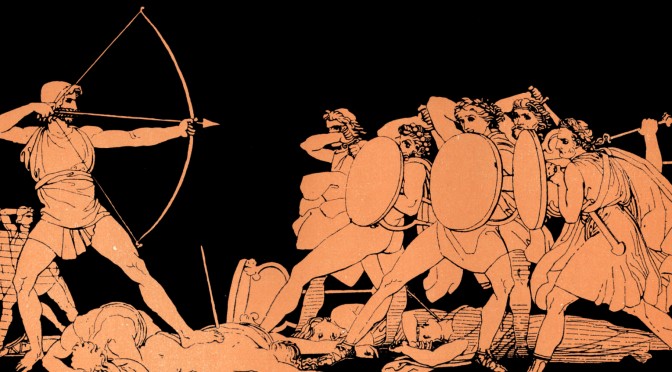 Where have you been, Kassie? That’s a very good question. I’m living in the UK! Fatherland of Great Literature and I find myself (as a student) with far more time to read than I had before in my crazy busy life in southern California. So, I thought I’d dip back into this for my own enjoyment. It was hard to get myself to sit down and read for long stretches of time (if you can believe it) I kept thinking there were other things I should be doing. BUT I managed to knock out The Hero With a Thousand Faces by Joseph Campbell in just over a week. This book was first published in 1949. I was reading an edition from the 1960s borrowed from my school library because, well, poor student – but it served its purpose. I know there’s been more recent editions published so some of my criticisms may have been addressed in subsequent editions, but we can’t all be high-rollers. This book is fairly dense so I will try to keep to short and make it go down easily.

I have a basic familiarity with Joseph Campbell (and by basic I mean I sat through 6 hours of DVD interviews with him) and I have to say a lot of his theories and ideas I think are something that would come to any enthusiast for other cultures/mythologies/religions (you’re talking to the woman who picked up a volume of Finnish folks tales and dabbled in Journey to the West FOR FUN). The ideas that all mythos are interconnected in some great psychological, cosmic (I almost said “cosmotic”) way I think is valid. Although he uses a lot of Freud and dream analogy as evidence for this idea and I think you’d have to be quite a Freudian to go along with some of Campbell’s arguments in that area.

I do love the idea of the monomyth – that there’s one great overarching story we share – and a similar hero’s journey cross cultures. By the end of the book though, I’m not quite convinced he’s gotten his point across that man uses this to find religion in himself: “It is not society that is to guide and save the creative hero . . . every one of us shares the supreme ordeal–carries the cross of the redeemer . . . in the silences of his personal despair” (391).  The conclusion is something I get but I don’t know that he’s spent enough time in his text arguing that point and using the evidence to support it. I think Campbell may have stretched himself too thin. This book is dense with research into folk tales and the traditions of other cultures. He may have served his purpose better by choosing fewer examples to give an easily distracted reader, such as myself, more to latch onto.

Now, I’m no feminist, but Campbell hardly references the female journey or “coming of age” rites in this book as well. Granted, he’s a male writer who really wasn’t considering this – which is fine – not really a criticism of him, but if he’s going to apply a universal message to the end it might have been good to see more of the feminine aspects of the societies he analyzes. His does his best to give fair play to the female (and even bisexual) roles of male/female dichotomy in mythology and it’s not his fault women throughout time have mostly played an ancillary role in some of these stories. Still, this is a point worth noting as I am reading this from the opposite perspective… even though most of my heroes are men.

His Catholic roots also show through great deal in this book, more than I think he even realizes. I had to laugh in the DVDs I was watching when he seemed so anti-established religion at times and then called for a return to traditional (I think even Latin) Catholic ceremonies in an effort to call humanity back to ritual which he seems to think is the backbone of order for future generations. I thought, “What a snob you are Joseph Campbell!” To wrap this up, I don’t think this book brought on any major revelations for me, but you can tell it’s fairly exhaustive and Campbell brings up a lot of good points about the interconnectivity of mankind, our search for glory and purpose, and our efforts to understand the world around us for eons and eons. I would love to see someone write a counter to it since it seems these ideas have gone relatively uncontested for so long.

Chris is a former coworker of mine and an independent filmmaker himself! I like his reviews because I don’t have 30 plus minutes to sit through a movie review (like some on the internet) and he presents what I consider fair and balanced perspectives on new releases. I have literally watched movies I would not have otherwise screened based on his reviews and recommendations.

Words from a writer and editor in the trenches.